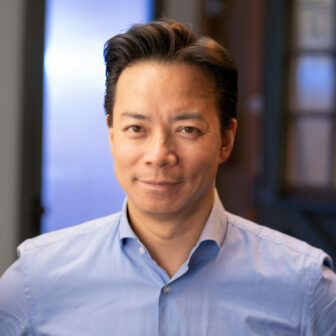 "I'm excited about the future of Vancouver.

An ABC majority on council will make our city a safe, fun, affordable, and liveable place once again. If you're ready to see change, join our campaign!"

Ken Sim is running to be the next mayor of Vancouver. He first ran for mayor in 2018 with the Non-Partisan Association, ultimately finishing second in the closest mayoral election in Vancouver history. After leaving the NPA in 2020, Ken was a member of the founding team of ABC Vancouver, a new political party dedicated to offering a real alternative to incumbent Mayor Kennedy Stewart and his supporters on council.

Ken is a proud Vancouverite, having been born and raised in Vancouver. Ken is an entrepreneur and the co-founder of two successful Vancouver-based companies: Rosemary Rocksalt and Nurse Next Door, with over 8000 team members, Nurse Next Door now serves over 200 locations across three countries.

Professionally, Ken holds an FCPA (FCA) designation and has frequently been a speaker at post secondary institutions and conferences globally. Ken is a two-time recipient of the EY Entrepreneur of the Year Award (Pacific Region) in the Emerging Entrepreneur category (2006) and in the Healthcare Services category (2016).

Ken is an active community volunteer and currently sits on the St. Paul’s Hospital Foundation Board. He supports health and harm reduction initiatives in Vancouver’s Downtown Eastside.

Ken is working to bring a new approach to city hall, one that is focused on building a more affordable, liveable, safer Vancouver.

Ken has built a life in Vancouver with his wife Teena, their four boys and their dogs Hank, and Kona. He wants to build a city that provides opportunity for everyone.