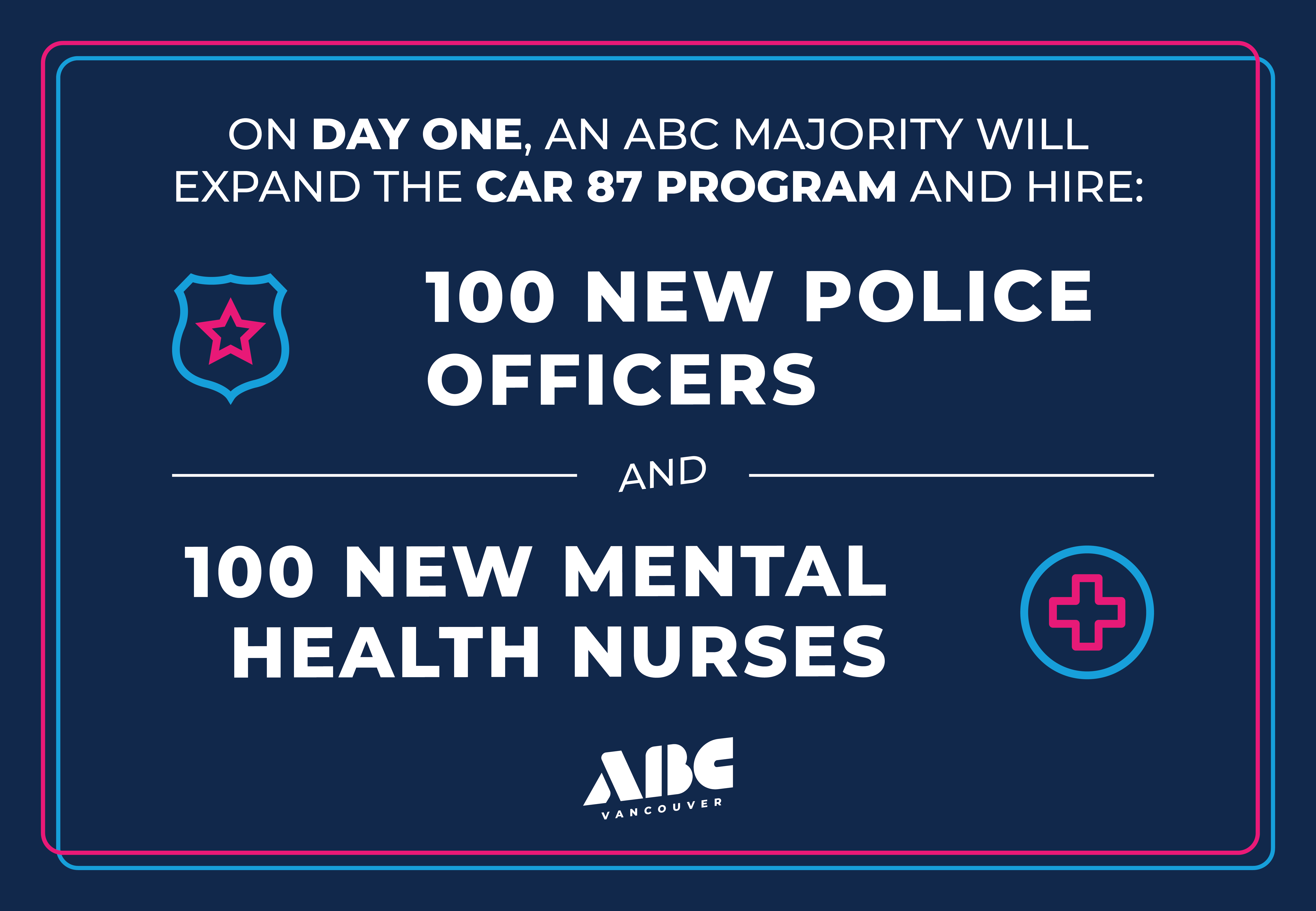 VANCOUVER — ABC Vancouver mayoral candidate Ken Sim announced today that on his first day as mayor, with an ABC majority on Council, he will be requisitioning for the hire of 100 new police officers and 100 mental health nurses.

“This announcement represents a significant investment in community safety,” said Sim. “The intention of this funding is to enhance the presence and availability of the Car 87/88 program as well as other VPD/Health Authority partnered policing programs.”

The Car 87/88 program has been in operation since 1978. In each case, an officer and a mental health nurse travel together in an unmarked police car to assess and manage non-emergency or crisis situations. Action may include referral to mental health services or other non-emergency interventions.

“The Car 87/88 program demonstrates the types of collaboration that can happen between different levels of government when different agencies work together to deliver improved outcomes,” continued Sim. “This model has now been adopted all over the world, and an ABC Vancouver majority will expand the program and make it available 24 hours a day.”

“Expanding programs that the VPD and our health authorities are showing to be successful is the right approach,” continued Sim. “Cutting resources to them is not.”

The VPD service plan has not been fully funded since 2010, and in March of 2021, BC Solicitor General Mike Farnworth overturned a decision by Kennedy Stewart to cut $5.7 million from the police budget.

“Now is the time to make smart, intelligent, and evidence-based investments,” concluded Sim. “We can work with senior levels of governments to make things better, but that only happen with a mayor and an ABC majority on Council.

ABC estimates the cost of this announcement to be $20 million per year, which can be fully funded without a tax increase, FTE reductions, or cuts to other mental health or community based supports.