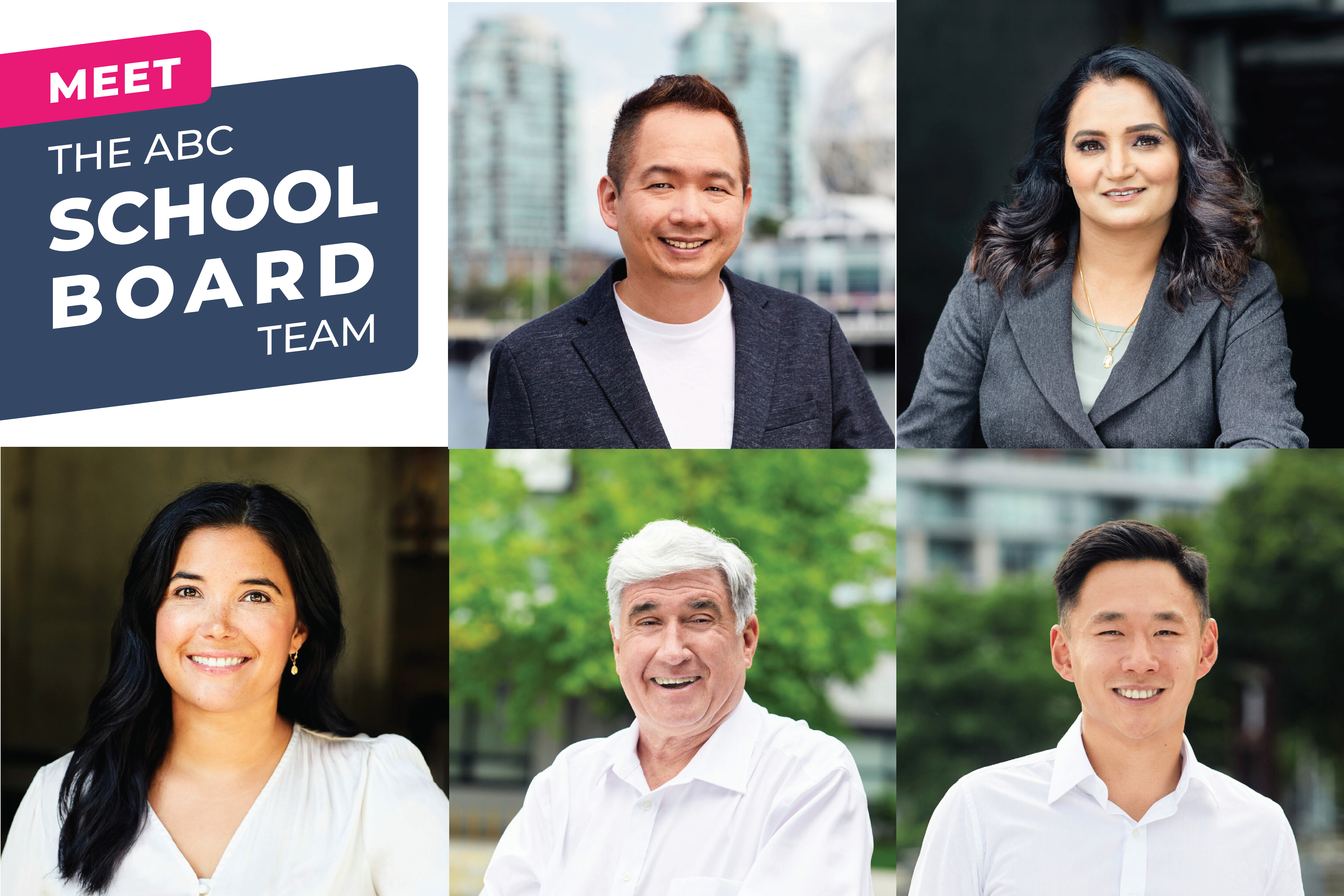 ABC Vancouver announces slate of candidates for School Board

“I’m excited to be announcing ABC’s team of highly skilled and experienced school board candidates,” said Sim. “The members of the ABC School Board team will ensure Vancouver schools are a safe, welcoming, and inclusive environment.”

Sim pledged that an ABC-led School Board would chart a new path for the coming four years to focus on students, parents, and educators.

“We need leadership that will promote safe schools and excellence in the classroom,” continued Sim. “An ABC majority on School Board will restore honours programs, reinstate the school liaison officer program, support individualized learning, and fully fund music programs.”

Sim urged voters to elect a full ABC majority to School Board in October’s election.
“We all want Vancouver students to receive a world-class education,” concluded Sim. “The best way for Vancouver residents to be represented by a School Board that shares that belief is by electing an ABC majority on October 15th.”

Chien is the founder of TUEX Education, an award winning app-based tutoring platform that aims to provide affordable tutoring services. He is also the founder of the TUEX Foundation, a non-profit that provides free tutoring to children from low-income families. Chien sits on the Board of Directors of the Canadian Liver Foundation (BC and Yukon).

Faridkot currently works for the Richmond School District. She is a mother of three children in the Vancouver public school system. Faridkot has previously worked for a non-profit agency (S.U.C.C.E.S.S.) helping new immigrants settle into Canada.

Jung works in Environmental Consulting and has served as VP, Information for the Environmental Managers Association of BC. She has volunteered with the Vancouver Women’s Crisis Centre since 2011 and is a passionate advocate for girls in STEM.

Zhang is a CPA and longtime resident of Vancouver. He spent 11 years in the Vancouver public school system, having attended Kerrisdale Elementary and Point Grey Secondary. Zhang worked as an auditor at Deloitte for three years and played for the University of Western Ontario varsity golf team while completing his HBA.

For full biographies of all nominated ABC candidates, visit: abcvancouver.ca/abc-team